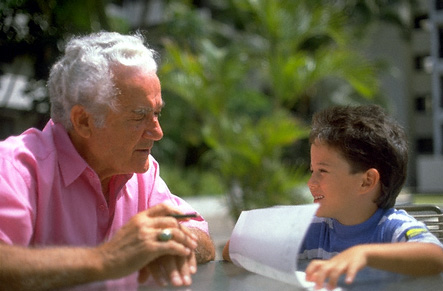 It had happened at last, I knew it would come one day. The haunting realities of old age makes it impossible to forego. I knew it would happen it would only be a matter of time. The truth is that upsets me is not that it happened but I was not here by his side when it happened. I was not here to catch him when he fell, I was not here to sit by his side when he was lying in the hospital bed, and I was not here to take flowers and fruits to cheer him up.  It strikes me hard and I can’t forgive myself for making him be all alone when he needed me the most.
When I woke up yesterday, it was a beautiful day; a day like any other. The day was not meant to be anything other than what I have been planned. It was supposed to be an all holes barred canister of monotony but the heavens had plans that were greater than mine. When I reached home after a meticulously planned day which was executed to perfection, I was confronted with a rather off handed remark from my aunt. She enquired whether I knew about my grandfather been taken for a ‘service’.  All I could respond with was a rather confused look and a big question mark hovering over my head.

Grandfather, Great Spirit, once more behold me on earth and lean to hear my feeble voice.
Black Elk

I was to be at the receiving end of some very shocking news. While I was away in my college worrying about my petty exams a whole lot had happened here. One day my grandfather felt dizzy and almost collapsed, My mother and aunt tried sugar solution thinking that it was a drop in his sugar level, then the called a doctor who lives across the street, she came in and did some preliminaries and then they called my uncle who is a doctor and he was quick to recommend a hospital and insisted that they take him there instantly. He was admitted in Intensive Care Unit and was under observation for three days and a hoard of test was being conducted on him. All this while I was laughing, joking and partying with my friends, unaware of anything that was going on in my hostel.  I despise myself.
All my life my grandfather was there for me, when I took my first steps , when I passed my first class, when I was not able to sleep and when I was down with a fever. He would come to me from anywhere he was. Je would abandon all that was important and come to me sit by me and care for me  and now when he was sick and tired where was I? Writing exams of no real significance in life? I was doing things that I could have written at some other time and passed with the same ease. No body informed me what had happened and nobody told me that something was wrong and I did not feel it, I should have felt it when he was sick. I should have. He does so should I shouldn’t I? My grandfather had asked everyone not to tell me anything.

“…there is no grandfather who does not adore his grandson.”
Author: Victor Hugo

Now I know not what to do, Should I be angry at him for not telling me anything or should I be happy that he is alright? Should I be making a tantrum about why not me? Or should I just be ‘adult’ about it. But one thing is sure if at all anything happens to him which I believe will not and I am not here by his side holding his hands during his last few moments in life I know I will not forgive myself ever.
“You only live once, but if you do it right, once is enough.”
― Mae West

26 thoughts on “The Days that I Fear”