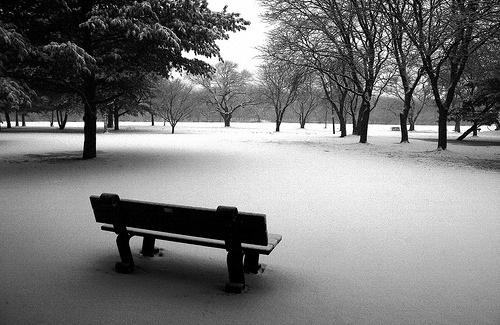 It was in one such night that I saw her, her real self her heart and her being. We knew each other much before and may be we were even what could be called as acquaintances but never friends. But that night changed it all, that one night. The night when I sat across from her, the night when our yes met not for the first time but for still the first time. I had known her before but that night when our eyes net under slow burning street lambs we came to know each other. That night under the simmering glow of the electric street lamb, in the bitter coldness of the European winter we met for the first time.

I must have known that the silence we shared was but only the beginning of a life long journey. A journey that would transform our selves and transcend our being. In that silence when our eyes met I saw something in her eyes that was burning, it was not revenge, it was not anger, it was not love and it certainly was not the glow of the hope but it was the reminiscent glow of the despair coming from the ashes of burned up dreams.
It took me aback to a darker time when the whole world was but the four walls of a prison cell for me, the days when my innocent dreams where held captive in the heavy chains, when the wings of my colorful dreams were clipped and all around was just darkness, blood and despair.
That night under the simmering glow of the electric street lamb, in the bitter coldness of the European winter in her eyes I saw my eyes, I saw the same feelings, the same heart break. I was reminded of my death and my consecutive birth. I was reminded of the struggle and the daunting face of death and its giant red eyes staring down through you. Even when I write this my hand tremble with unimaginable fear and my heart beats  as if time is scanty and life is terribly short.
That was the night I met myself, my silhouette in that silence I was acquainted with. Hers where the eyes of my past, her gently bosom bore the scars of the same torture that I endured. Her emancipated skin wore like a cheap gown the texture of undignified death. She reminded me of the times I had almost died and the times I almost gave up. The taste of her coarse lips reminded me of the stale and the dirt, the miserable life that I had escaped. And all around me was darkness I could see it crawling under my skin. Like a vicious creature it was coming towards me to consume what was left of me. There I lay in her hands, pressed against her cold body, with my lips just dangling above her sinister lips. In that truth of moment I realized that this is what I am and what have been and she is silhouette. The darkness of the past was but my past and I was as inseparable from it as darkness was from light itself.
That night under the simmering glow of the electric street lamb, in the bitter coldness of the European winter I met me for the first time and there we embarked on a lifelong journey of redemption.
“You only live once, but if you do it right, once is enough.”
― Mae West

20 thoughts on “The Silhouette of Silence”