A sun and the moon, the rain and the clouds that bring it, the flowers that bloom in the spring and the leaves that falls in autumn. The life as we know it, the people we love and even love itself, the buildings that surround us and the people that inhabit them. The food we eat and the water we drink, the air we breathe and even the planet we inhabit. It’s just mind boggling the amount of things we take for granted, the things we never doubt or the things that we for not one moment think that there may come a time when the will cease to exist. At times I wonder how men can be so oblivious at others I feel that it’s the whole point of living.
When I was seeing a little ad recently it dawned on me, the amount of things that we take for granted as in fact very big dreams for many people. There are people who miss an lack the basic pleasures and even necessities of lives. When we live our life in opulence we forget the plight of the less fortunate ones. There was a time when I was obtuse enough to believe that what I had was what I deserved and the ones who did not have it simply did not deserve it. How wrong I was! But life tends to catch up with you, in this case all I had to do was open my eyes and I could see how stupid I was to have lived all my years in a rather small oyster.
But when I came out, when I saw the world and what was happening there, when I met people who were not like me, when I talked to them, shared a laugh with them and cried with them in their sorrows. I realized that I was wrong, so very wrong to have thought that they deserved less. In fact the truth is that most of them deserve a whole lot that what I do. There are children who have never known what a birthday is when I have celebrated my each birthday twice and trice. There are people who have not had a decent meal in their lives even when I have wasted food and never bothered to give it another thought.
There are moments in life, moments of greater clarity and purpose. Moments of recognition and realization, moments when you realize your wrong and see the path forward, these are moments that happens in every man’s life whether he decides to act on it or let it pass is a call that he alone has to make and the consequences however big or small he alone has to accept. This was for one of such moments when I realized my place and act in the world and when I realized the little good things in life. I wanted to say I learned something but I guess it’s too early and going a bit too say to say that. I guess only time will tell what it has done to more or if it has done anything at all to me. 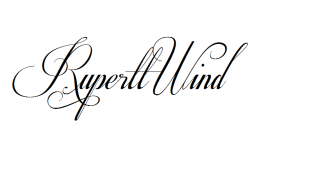 10 thoughts on “The Things we take for Granted”