How can I write about womanhood? That is the first question that popped in my head when my mind wandered on to this topic for my next post. How can I ever write authoritatively about womanhood? I do not know what it takes to be a woman; I do not know what womanhood entails. Whatever I say I have to be blunt and distant, I can’t even pretend to know that I know everything about womanhood because I am not a doctor either. I have read the books, I have did my research and in the general being of womanhood I have a fairly good theoretical understanding of the way the machinery works but does that make me an authority on the subject and for that matter does it even make me qualified to talk about it?
The answer is that I can write about womanhood but not form a woman’s perspective but from that of a man, I can say and write about what womanhood means to a man. I can talk about the envy and wonder that a father feels at the birth of his child, I can talk about the despair and sadness a son feels at the death of his mother. I can talk about the magic of love and the hopes that a husband expects his wife expects from him. But greater than all this I can talk about what the many special woman in his life means to a man and what he would be reduced to when they evanesce from his existence. 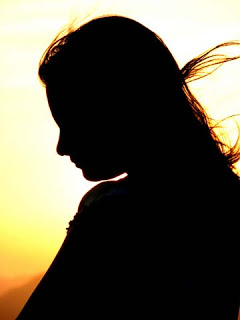 When someone asks me what I see as the greatest of god’s gift to woman, I can think of only one answer, the ability to give birth. To be able to create something so magnificent and miraculous just from a tiny cell. I know that the journey is painful and at times almost bordering on anguish, I understand this though I could never venture far enough to feel the agony myself or to accept it in its true intensity. But I believe that it does all makes sense to her when she gets to touch her child, when the soft skin of her baby brushes against hers, when the first cry of the child beats down on her heart like a beautiful symphony. I believe that then all the pain and suffering seize to matter and the wonder of life overwhelms her and love like a miraculous medicine heals everything then and there. But what can a man do then but to witness this miracle unfold in front of him in awe and wonder like a distant observer. All he can do is try to understand what has just happened and try to fathom the intensity of the reality in front of him.

I have friends who weep every month for having being born a woman, alas if only they understood the true purpose in its all enormity. Sometimes I think they do, sometimes I think they are losing it. I for one do believe that this thing balances out all the suffering that a woman has to endure and transcend to reach that moment. Some of you may take to support me and some of you may not. I am happy for those who would say that I am right for that means I have got it right, at least some of it and for those who would take the other side of argument I should say that I have no way of knowing what it means for I am a boy, a man and to understand woman and womanhood is no simple task. I try but I know the chance of truly understanding such intense emotions is a herculean task.

Womanhood is not just about giving birth is it? At times I have wondered thanks to my upbringing, how woman are able to suffer so much? This time I am not talking about the physical pains of being a woman but the many emotional pains that they suffer through so effortlessly. I wonder how a mother can commit so whole heartedly to her child, how a wife can be there for a husband every single step of his life, how a daughter can help his father even when she has enough pains on her own to deal with. I have never had a sister so that is something I do not know about and what having a sister means to a brother. The one good thing about the Indian male hypocrisy is that women unlike men gets to spent a lot of time with their family and at times don’t have to bother about anything else and this instigates the formation of such intense relationships that are not often seen anymore.
I have met some very proud woman and I have met some not so proud ones too, but at this day when I celebrate the anniversary of the day my girlfriend became a real woman (if you know what I mean). I must tell you that deep inside I feel much envy and jealousy to the whole of womanhood and I salute the marvelous women in my life for what they are and what them being there means to me. 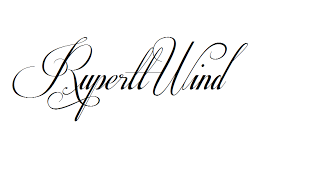