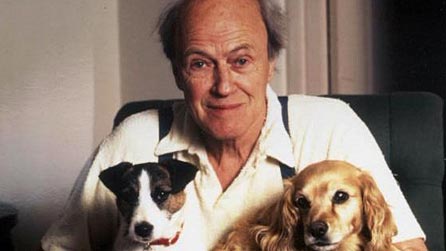 Do you know ho made The Chocolate Factory, in whose fertile imagination sprouted the fantastical world of Willy Wonka and Charlie Bucket? He must have had an extra-ordinary mind. Indeed he had, in fact in his mind was born numerous worlds of magic, he gave birth to the BFG (The Big Friendly Giant) and Matilda – the sweet. His name was Roald Dahl and he was so amazing that they went and named his birthday after him as Roald Dahl Day. Oh! By the way, that was today.

I cam upon the books of Roald Dahl by accident and my first Dahl book was “The Wonderful Story of Henry Sugar” and that too because the cover looked childish and I was looking for a nice little story to keep my mind of other pressing things. Thus serendipitously have I been introduced to the magical world of Roald Dahl and the fantastical reality that he weaved around one. One book led to the next and in a short span of time I have had read numerous books of Roald Dahl and was by then totally enamored by his genius.

The books of Roald Dahl and the caricatures and illustrations of Quentin Blake were like Siamese Twins, inseparable to say the least. In some level they completed and complemented each other. His illustrations paved way to the visualization of Roald Dahl’s stories. They together filled the heart of every child that touched them with magic.
It is a promise that I have somewhere made with myself and the yet to be born souls of my children that they will know this magic that has fascinated me so much. I would show them the beautiful world of Roald Dahl and let them explore the magic there. I will let them be inspired and I will watch there imagination kindling. Just like mine was and I wills hare with them the magic of this world and that of Roald Dahl.

The Books of Roald Dahl I have read 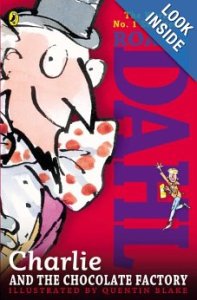