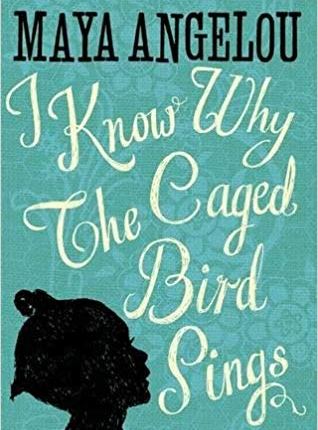 All great books are great not by virtue of some random review but because they invoke something deep within oneself that otherwise would not have been discovered, be it your inner child, the hopeless romantic or a fearless crusader of justice. I know why the caged bird sings is one such book, one that invokes many deep emotions in you. Let’s face facts, Maya Angelou’s “I know why the caged bird sings” is a seminal work not least because of the omnipresence of Maya in the American history during her time, but because of the courage the work shows in exposing the truths of its times.

The book chronicles the formative years of her life, from childhood through her teens, it explores her life as she transcends her childhood in every meaning of the phrase. Her’s was no typical childhood, it was a confluence of unfortunate events, from her parents abandoning her and sending her to live with her grandmother, to being taken back again by her mother only to be returned after her new boyfriend rapes and threatens her. She faces mutilation, murder, street justice and teenage pregnancy from a one night stand. Hers is a life of unimaginable tragedy.

Maya survived it all, She was a black women, who survived domestic abuse, teen pregnancy and being a single unmarried mother, any one of this would have been a challenge during this period in American history; Imagine having to survive it all, together at the same time. Many would not have survived and none would have blamed her, user she not only survived but she flourished. She became a symbol of all that was right and true in this world, a true torch bearer for the human condition.

All is not gloom and doom here, this is not the depressing tale of a black women’s suffering, it is on the contrary the opposite. It is a book about childhood, a the real childhood of a black girl named Marguerite and get incredible resolve and strength of character. There are her many victories and triumphs, her enduring love for her brother, her discovery of great literature an herself through. More than anything this book is a hopeful story that at the same time provides a realistic look at the segregated life in Stamps, Arkansas.

If this masterpiece tries to tell anything it is to persevere in the face of insurmountable obstacles, to go forward when going forward appears anything but possible. It teaches us just that. She could very well have gave anywhere along the way and any one of us would have understood, but she did not and that is all this book is about.