The night sky was dark, yet it was beautiful, star studded and comets shooting. The silver moon-lings have been slowly dancing their way from the horizon towards the sandy shore that shone with a certain silvery elegance. There was a cold breeze now and then and so there to was the slow erotic hum of the deep abyss. It was as if at this secluded and lonely beach the universe had started working its century old magic tricks. Of all these beautiful things there was one thing that stood out among the rest, It was a  moonlit silhouette, with beautiful hair flowing flawlessly down her cape that flew about in the wind, with the most stunning pair of eyes that reflected the beautiful moon in all its grandeur better than the vast see before her and with a pair of lips where bloomed my whole world. She was beautiful and she was mine.

I had chose the place not knowing all its beauty and certainly not what the universe had in store for me. It was just perfect, I knew it when I saw her, her moonlit face and her gaze fixed at the horizon. She was perfect, the air was perfect and I was ready to take the next steps. there was no longer a pounding heart and no longer worries of it all going wrong, time had just stopped from then. I slowly descended the stairs that took me to the beach. She immediately sensed me , she turned around facing me,ah! her beautiful face. For an instance we both stopped there like two perfectly crafted sculptures, then she smiled and turned around returning to gazing at the horizon. 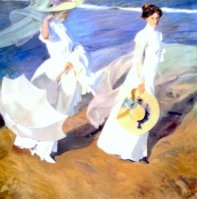 I slowly went to her, there was nothing more we could say we had finished with our dialog long ago, now it were just silent exchanges. I knew where I had to stand, slowly moving close to her, I gently placed my hands above her waist, moved close to her without even slightly disturbing her from her trance. She acknowledged my presence with a smile and slowly placing her head over my shoulder and we slowly sat down there in the soft silver sand listening to the oceanic hums. Time just went by as our hands found each other and slowly engaged itself in a slow embrace. The time was perfect, I had to do it now. I slowly pulled away and she looked at me with an anxious on-look. In her eyes she was expecting something , there was innate curiosity in her sparkling eyes. I slowly put my hands in my pocket and  retrieved a small black box covered with velvet cloth, I slowly moved to my knees and opened it in front of her. A small box with a small ring inside, just for her.
“You only live once, but if you do it right, once is enough.”
― Mae West

— Oscar Wilde
Wonderful isn’t it ? The night sky!. It is something that never fails to fascinate. So  Adorable, So magnificent, as if someone had accidentally dropped a million diamonds upon the black sky. They dance and the sway, they twinkle and they smirk. They make u look up at them with awe, with fascination. Nothing has inspired men like the stars if you would not count ” love “. But unlike ” love ” the stars makes you desire, envy them in an entirely diffident manner, May be its because underneath you are aware of the impracticality in achieving it. Never the less. men has always chased stars and chased it quite far too.

Where is a child in all the worlds, who has looked up at the night sky and not desired a stellar speck of his own. No wonder men compare their dream to the stars, those are as special as it gets. I remember Carl Schurz  who once said stars are like ideals, never to be achieved but to be followed. Sure every one of us know that one is never going to have a star, but does that stop them from dreaming of having one? Of course not!.
To have a dream is very fundamental, To compare it to the stars. A life without a dream is a sky with no stars.
I still remember when i used to gaze up at the stars. As the many dreamers i know, and the many millions i do not know, the thing that’s going to separate the men from the boys definitely is whether they believe they can actually capture the ” STAR “!
“You only live once, but if you do it right, once is enough.”
― Mae West