I am much saddened today for today is one of the darkest day in my country’s modern existence. Today I stand not a proud Indian, the apex court of my supposedly great nation has shamed me. My head is no longer held high, but it is loose and downward. I stand before the whole world ashamed of the leap to medieval era of ignorance that we took with the verdict today. I am no longer from a country that values #freedom, #liberty, #fraternity and #justice above all but from one that has sent millions of it’s inhabitants to jail for their exercise of their fundamental freedom of expression. They have been thrown in along with murderers and rapists because they choose to stand by what they are. Unfortunately today the nation has sacrificed everything it once stood for in the name of religious sentiment. India had repeated that one mistake that has caused several great human tragedy and has been corrected with the blood and lives of many martyrs. Todays verdict on #Sec377 was one of the greatest human tragedy to have befell on Indian citizens in over several decades.
But this fight is not yet over and this is only the beginning. The night is darkest before dawn and dawn is certainly coming. Every freedom in the history of humanity has been won by hard fought battles and this will not be an exception. It will be won and will have to be given, for it is a matter of time before that happens and nothing can stop that from happening. What #HarveyMilk did to the world our sisters and brothers will do in India and from the clutched hands of India’s pseudo religious inhumans we will snatch the victory and along with it the very freedom that we deserve. 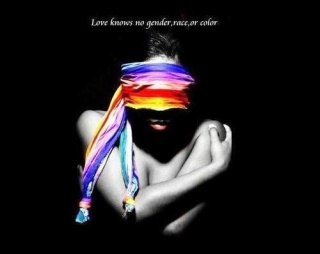 Many may think that it is not our fight but don’t be illusioned by your procrastinatory attitude for every freedom lost whether the ones we exercise or not is another freedom willingly surrendered. If we let it happen today then soon will come the day when the freedom we exercise will have also to be surrendered. A nation will lesser liberties is not a progressive society it is one heading towards obvious oblivion.

It is our fight as much as it is anyone’s. We cannot let the supreme court or a bunch of prejudiced judges take away from us the freedom of choice. We cannot let the state dictate to me whom to love, how to love and most of all what is love. Indian judiciary has a made a grave mistake today by the contemption of a marginal section of society that is already under tremendous exploitation. They have injudiciously made that mistake of pitting itself against a progressive ideology for the sake of medieval and hippocratic views.

The day will soon come when that will have to east their on words and grand top every one the freedom they rightfully deserve. No amount or armor and bureaucracy can stop the inevitable change from happening for change is essential to a progressive society or it will have to be forcefully induced.